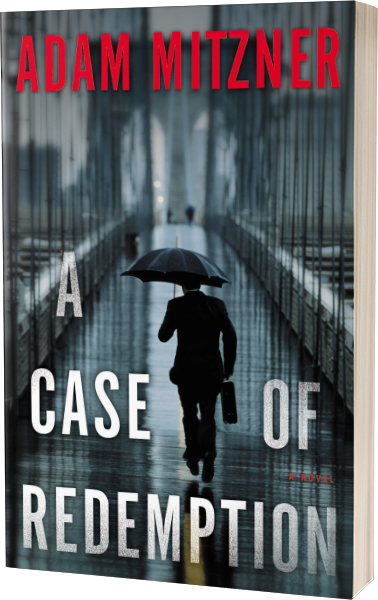 A Case of Redemption

This riveting follow-up to A Conflict of Interest is a gritty, sophisticated thriller that will draw fans of Scott Turow and John Grisham into a world of relentless suspense.

Dan Sorensen was once a high-powered New York City defense attorney…but that was before a horrifying accident killed the two people in his life who meant the most, plunging him into a downward spiral. As he approaches rock bottom, Dan is unexpectedly offered the opportunity of a lifetime: defend an up-and-coming rapper in a murder trial on the front page of every newspaper. Although his client swears he’s innocent of the brutal slaying of his pop star girlfriend, proving it will not be easy, especially because he’s suspected of bragging about the crime in one of the hottest songs in the country.

Unsure that he’s ready to handle such a high stakes case, Dan realizes that this chance to save a man he believes has been falsely accused of murder just may be his last and only hope to put his own life back on track, and achieve redemption for his past sins. But as Dan delves deeper and deeper into the case, he learns that atonement comes at a very steep price…

A wicked ride, with more loops and flips than Coney Island’s Cyclone, right up to the surprise-and-bigger-surprise denouement.
—Kirkus Reviews
Head and shoulders above most.
—Publishers Weekly
Once it reaches its tipping point, the story draws the reader in with its unexpected twists and greater complexity.
—themysterysite.com
Zinging with intrigue, reeling with twists, and ultimately well fed with a satisfying (if shocking) resolution.
—Jamie Mason, author of Three Graves Full

“Where should I start?”

This is what my clients would say, back when I had clients. And they’d say it with the utmost sincerity, as if they truly didn’t know how to explain the circumstances that gave rise to their seeking out a criminal defense lawyer who charged a thousand bucks an hour.

It wasn’t that they didn’t know when the facts concerning the crime began, but they wanted to emphasize that there was a context, a preface to all that followed. By telling me they didn’t know where to start, they were indicating that something came before they crossed the line into criminal conduct, and that was important, too.

So, where should I start?

Everything in my life—the one I have now—starts at the same point. Nearly two years ago, my wife and daughter were killed in a car accident. I’ve learned it’s best to just come out with it like that. No amount of prefacing prepares people for the shock, and so I say it straightaway. I also tell them that the other driver was drunk, because if I don’t, they invariably ask how it happened. And to cut off the next question, I volunteer that he also died at the scene. I keep to myself that the driver’s death is but small solace, because it was instantaneous, which means that the son of a bitch didn’t suffer.

Shortly after, I calculated how many minutes I’d been alive up to the exact moment of the accident. I used the calculator on my phone to go from the 1,440 minutes in a day to 43,200 in a thirty-day month, and then to the 525,600 in a non–leap year. My forty-one years, three months, four days, six hours, and twenty-nine minutes meant that I’d been alive for 21,699,749 minutes at the time of the accident, and up until that point nearly everything in my life had gone exactly according to plan. I’d gotten good grades, which led to acceptance at an Ivy League college, then a top-ten law school, a coveted judicial clerkship, employment at a top-tier law firm, and then the Holy Grail of partnership. My wife was beautiful and whip smart, and my daughter was, in a word, perfect.

And then, in the 21,699,749th minute, my life was shattered. Broken so utterly that it was impossible to know what it had even looked like intact.

That is the context, although obviously not all of it. Suffice it to say, when I met Legally Dead, the up-and-coming hip-hop artist accused of murdering his pop-star girlfriend, I was legally dead, too, and looking for someone or something to put life back into me.