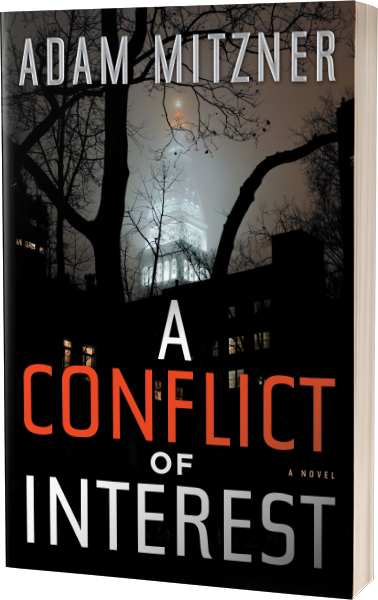 A Conflict of Interest

In this absorbing debut novel of suspense, a young and idealistic attorney’s gamble with the truth becomes a shattering game of secrets and lies…

Alex Miller is a criminal defense attorney and, at thirty-five, the youngest partner in one of the most powerful law firms in New York City. He’s a man at the top of his game with the life he’s always dreamed of, complete with a devoted wife, who remains patient with his long hours and high-stakes cases, and the love of a beautiful young daughter.

At his father’s funeral, Alex meets Michael Ohlig—a mysterious and nearly mythic figure in Miller family history—who presents Alex with a surprising request: to represent him in a high-profile criminal investigation… an alleged brokerage scam that has lost hundreds of millions of dollars for investors. Wealthy beyond words, Ohlig insists he’s done nothing wrong, and Alex, who’s experienced enough to know that clients always lie, uncharacteristically believes him.

As the facts come out, shocking secrets are revealed that threaten everything Alex believes in–about the law, his family, and himself. Yet Alex’s desperate need for the truth propels him to unscrupulous depths, and to confront a past defined by deception and a future in jeopardy… with the realization that one false step could destroy everything Alex holds dear.

In an electrifying debut the likes of which legal thriller fans have not seen since Scott Turow’s pulse-pounding thriller Presumed Innocent, Adam Mitzner tells a shocking story of suspense that heralds a bold new voice in fiction.

Mitzner’s assured debut, a legal thriller, compares favorably to Presumed Innocent… This gifted writer should have a long and successful career ahead of him.
—Publishers Weekly, starred review (read the full review)

This is a capably written, well-plotted legal thriller. Stylistically, it’s closer to Brad Meltzer, Sheldon Siegel, or, perhaps, early John Grisham… Miller is a nicely drawn character. It’s a solid debut effort, definitely recommendable to legal-thriller readers.
—Booklist
The look inside big-time law is fascinating . . . the author really knows his stuff . . . Mr. Mitzner is a writer to watch. Get in on the ground floor.
—New York Journal of Books
Intriguing, exciting, and packed with suspense, mystery, and shockers you couldn’t even imagine heading your way . . . Mitzner is fresh, inventive, and original.
—themysterysite.com

The first time I set eyes on Michael Ohlig I was beside my father’s casket and he was standing toward the back of a group of mourners comprised almost entirely of my father’s extended family. Ohlig was a good half foot taller than everyone else, and unlike my paternal relatives, his head was covered with his own hair, a shade of silver usually reserved for much younger men anchoring the evening news. He wore it a little long, almost to the base of his collar, just enough to say that he fancied himself a nonconformist. I likely wouldn’t have noticed him at all if he hadn’t seemed so out of place. To be blunt about it, he looked too good to be associated with that crowd.

Ohlig was twice my father’s closest friend—at the beginning and the end of his adult life. As far as I know, he was my father’s only friend, the thirty-some year gap in their contact seemingly occupied only by my mother and his hardware store.

The story I heard growing up was that Ohlig and my father were playing tennis at the courts in Central Park on the same day my mother was on a good Samaritan mission to keep a girlfriend company on the train from Queens to Manhattan, so her friend could watch her boyfriend play. My parents disagreed about which one of them approached the other, but the one part that never varied in either of their renditions was that it was love at first sight. They were married less than six months later, and I arrived in November the following year.

I don’t know why it never seemed odd to me that, in all the subsequent retellings, my parents provided little detail about Ohlig. I never knew what he did for a living or whether he was married or had children. If I had ever been told how he and my father came to be friends, or why they lost touch, it went in one ear and out the other. For me, he just seemed like a historical figure, no different from Caesar or John F. Kennedy; someone who I took on faith had actually existed, but who had no relevance to my life. Even when my father shared with me the coincidence of running into Ohlig at a bookstore shortly after my parents moved to their retirement community in Florida, and that he was now living in a neighboring town, I had little curiosity about Ohlig’s life.

Three times Ohlig poured a shovel full of dirt on my father’s casket, fulfilling the ritualistic last act of a Jewish burial. Each motion was deliberate, as if his movements were intentionally drawn out to prolong his time to say good-bye. But it was the powerful way he approached the shovel, and the force with which he yanked it from the dirt, that most caught my eye, stating unequivocally that he was not someone to challenge.

Watching this I had no inkling that Michael Ohlig would become the central thread in all that followed. Even now I can hardly fathom how it came to be that a man who had never been anything more than a minor character in the story of my life would come to dominate its plot.

Perhaps stranger still, Michael Ohlig would undoubtedly say the same thing about me.

There are several things in A Conflict of Interest that actually exist, so I thought it would be interesting to put them here and see if they conform with the way you imagined them. 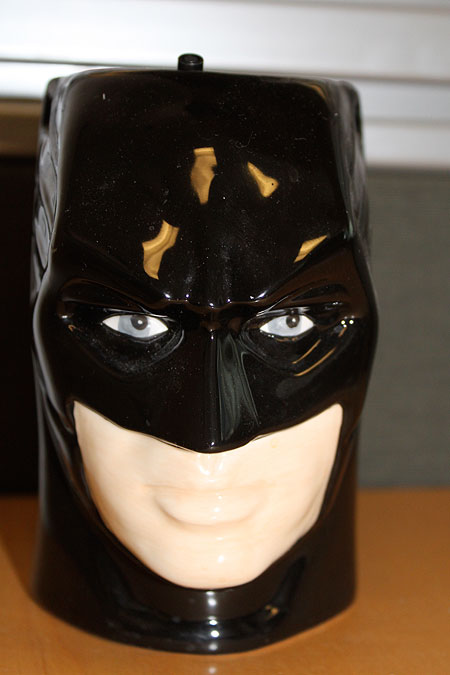 The Batman mug that holds Alex’s pens and highlighters. 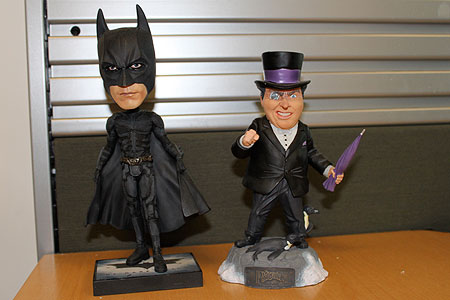 These bobbleheads sit on my desk at Pavia & Harcourt. They’re not mentioned as being on Alex Miller’s desk, but I bet they are. 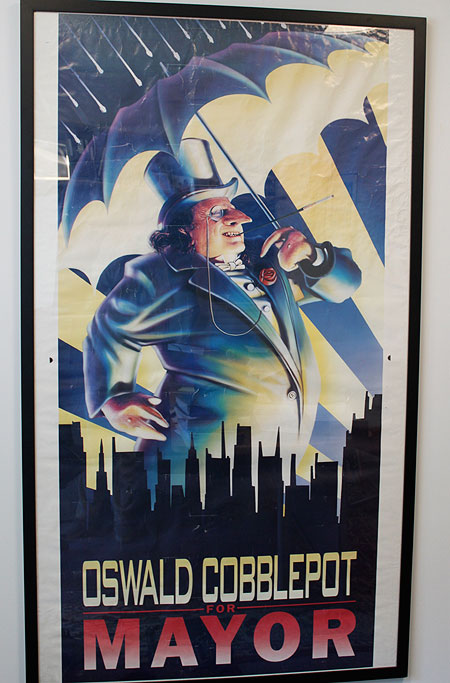 The Cobblepot for Mayor poster that was an actual prop in the 1992 movie that Alex purchased on Ebay. I purchased a similar one on Ebay. 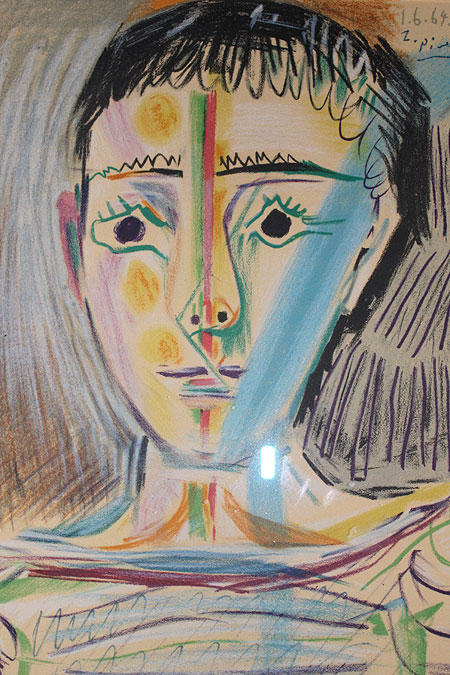 The Scary Lady. According to my family lore, my father bought this poster for $4 at a flea market in 1964 because he thought it looked like my mother. Like Alex, it always frightened me as a child too.