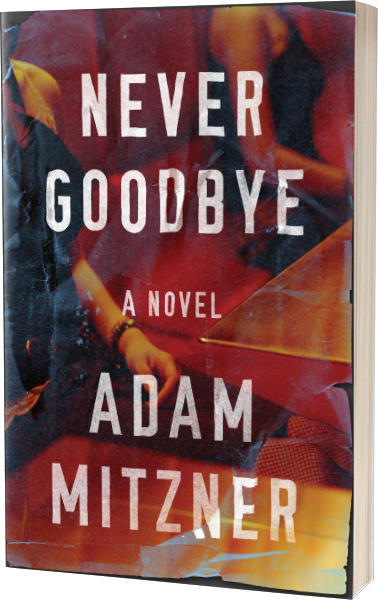 The sequel to Dead Certain

A thriller of murder, redemption, and breakneck twists…

After her sister was murdered, Ella Broden meted out her own punishment, then abandoned her career to pursue her passion as a singer. But another murder that hits close to home draws her back to seek justice.

Dana Goodwin is the newly appointed deputy chief in the Special Victims Bureau, replacing Ella. For her, the case is also personal, but behind Dana’s relentless pursuit, her motives might be running deeper than anyone can see. Her secrets too.

Connecting the two women is Ella’s boyfriend, Gabriel Velasquez, who has teamed up with Dana to investigate the murder.

At first, Ella thinks all she has to fear about this case is what she knows—that she could be the next target of a man’s obsession. But the closer she works with Dana, the more she starts to believe that the most dangerous thing of all is what she doesn’t know.

As always Mitzner’s storyline is both complicated and captivating… His ability to build characters gets stronger in each of his novels…
—Madderly Review
What a well-written, twisting tale… Page by page, chapter by chapter, the author builds the tension to the point that you can’t stop reading until you reach the end.
—Mystery Suspense Reviews

After the introductory applause dies down, and before the piano plays a note, I shut my eyes. It’s a ritual I’ve adopted—to revel for a moment in the dark quiet where nothing exists except this feeling inside me.

Even though more than a hundred people are staring at me, I’m alone. Then I let a single person into my consciousness.

In my mind’s eye, my sister sits in the first row. She has on display that smile I remember so vividly from when we were little. The same one she flashed toothlessly when I held her as a baby—and every day afterward until the last time I saw it, six months ago.

I imagine mouthing “Thank you,” and she nods with understanding. She knows I’m grateful for her still being here, even after her life has ended. For giving me the courage to do this. For being proud of me.

Then I open my eyes.

“Thank you. Thank you all so much. My name is Cassidy. I appreciate you all coming out tonight.”

That’s the drummer’s cue to call it out. “One, two, three!” And it’s showtime.

The first time I took the stage as the opening act for Rescue Dogs, the clapping lasted ten seconds, tops. Polite, but certainly not enthusiastic. Karen, the Lava Lounge’s stage manager, had warned me that this would happen.

“You’re in the big time now, honey,” she said. “On Tuesday nights, people pay to get in, so it’s a different crowd than on open-mic night. Everyone comes to see the headliner, but you’ll win them over, I promise.”

The lack of enthusiasm was more than offset by the thrill of someone actually paying me to sing. Granted, I go on only one night a week, for which I receive a hundred bucks—a far cry from what I’d earned as a lawyer working in my father’s law firm. Even my salary back when I was an Assistant District Attorney, which I’d always viewed as slave wages, was a princely sum compared with the pay scale for artists in New York City. But on the stage I feel truly alive, and that can’t be converted to dollars and cents.

I do five songs. Lava requires that four of them be covers selected from a list compiled by management. It’s heavy with female rockers— Heart, Joan Jett, Blondie. I’m allowed to perform one original num- ber. I hadn’t written a song since sleepaway camp, but after Charlotte’s death I bought a used upright piano I found on Craigslist. For several weeks, I didn’t get up from the bench except to eat, sleep, and go to the bathroom. “Never Goodbye” was the first song I wrote, and it’s still the best. I suspect that most people listening to the lyrics think it’s about a man, which is fine by me.

It’s always a struggle for me to get through it, which is why I save it for my penultimate number. I’d prefer to close with it, but I know the club wouldn’t have it. The closing number has to be loud. Really loud. Tonight I belt out Blondie’s “Call Me.”

The final applause is the most enthusiastic I’ve received to date. I even hear some whistles and a guy yelling, “More . . . More.”