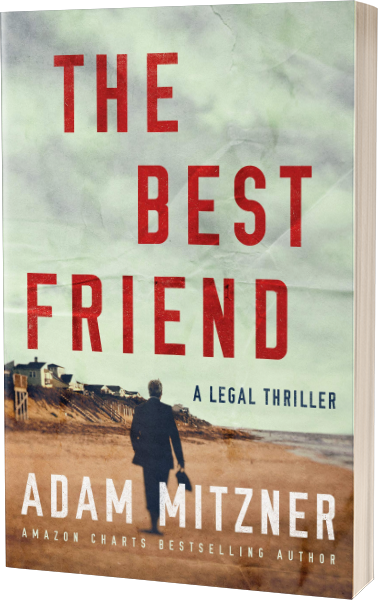 From the author of Dead Certain comes a twisting novel of friendship, love, and marriage—and all their cunning and deadly betrayals

Back in 1986, Clint Broden was a novice New York defense attorney building a family with his wife, Anne, and impatient for his career to take off. That’s when his defense of his closest friend, Nick Zamora, made headlines. In spite of his lingering suspicions that his soul mate since childhood had a secret, Clint was dedicated to believing Nick hadn’t murdered his new bride.

Three decades later, Clint is now the celebrated go-to attorney for the rich and famous. Nick is a lauded literary superstar living his dreams in Los Angeles. Though separated by thirty years and three thousand miles, they’re still bound by one thing—the trial that tested the limits of their friendship.

After all these years, the last thing Clint expects is to be pulled back into Nick’s disruptive life. But this time, his motives for getting involved might be different from proving his old friend’s innocence. It could be Clint’s last chance to force a reckoning with the sins of the past.

The narrative twists and turns as the truth is revealed. This is a well-constructed, compelling legal thriller that deals perceptively with guilt and retribution, all set on a firm basis of love.
—Booklist
Adam Mitzner has an excellent grasp on the legal world… But this legal thriller isn’t simply about solving the mystery; it’s about friendship and conscience, and the complications that arise when the two collide.
—Bookreporter
It seems every chapter has a shock for the reader as the author draws us deeper and deeper into their lives. You can’t help but grow attached to the characters and the relationships.
—Mystery Suspense Reviews
…one of the best courtroom dramas I’ve read in some time. I should be sorry that I wasn’t familiar with Mitzner’s writing before now but I’m not, because now there are all of his other books to look forward to!
—The House of Black and Blue

Twenty-seven-year-old women are not supposed to drown in the bathtub.

And yet that was what Nicky told me happened. At least that’s what I thought he was saying. His words came haltingly, interrupted by sobs, so it was difficult to be sure. But not many things sound like “Carolyn drowned in the bathtub.”

I had come to the office early that morning, although God only knew why. I had no clients requiring my legal services. Prior to Nicky’s call, I was doing little beyond trying to will the phone to ring.

I think he asked me to come to his house, but after all this time, I can’t be certain. It would have been a natural reflex for me to rush to my best friend in his moment of need.

After hanging up with Nicky, I considered calling my wife to share the news before heading up to Mount Vernon, but I thought better of it. Anne was likely still asleep, having been out late the previous evening filling the midnight slot at an open mic night somewhere in the Village, where she sang a few songs in the hope that an agent, record executive, or casting director would be in the audience. The death of my closest friend’s wife justified waking her, but I decided instead to allow Anne to live a few more hours in ignorance so that I could break the news to her in person.

When I arrived at Grand Central, the big board told me that the next train heading to Mount Vernon had already begun boarding. I ran toward the track without even buying a ticket. It didn’t occur to me until the train had left the station that I didn’t know Nicky’s address. He’d moved out of Manhattan only a month before, and the one time Anne and I had visited, Nicky picked us up at the train station. But I remembered it being walking distance from the Mount Vernon stop—one of the house’s selling points, Nicky had said.

The train was nearly empty, which wasn’t surprising considering I was doing the reverse commute slightly after the morning rush hour. It wasn’t until we emerged from the Manhattan tunnels and bright sunlight streamed through the window that the magnitude of what had happened began to take hold. Nicky’s new bride was dead.